Thanks Clay for this very interesting post on What China Can Teach Writing Teachers . We learn those metaphors when young, in fact in Grade 6 (around 12 years old).

May I clarify a bit on the “watching the fire from across the river”? “Skimming the water like a dragonfly”? “Dotting the dragon’s eyes”?

1. Watching the fire from across the river means to be detached from the problem, and be an observer. There are subtle meaning here, but when used in real life setting, it means that you need to ensure your safety, and so don’t get yourself into trouble, in case of conflict.

2. Skimming the water like a dragonfly refers to light touch on a subject, and has a philosophical tone – especially when giving a speech, where one wants to briefly mention about a topic, but not in-depth. Another use would be its application in dancing, where one is dancing with such lightness who seems to float.

3. Dotting the dragon’s eyes – This relates to an old Chinese story. It was about an artist who drew a dragon, but then when the eyes were dotted, the dragon actually flied away. In the dragon dance, the dragon won’t have her life unless the eyes are dotted, which is also part of the ceremony at the start of dragon dance. I think people might have then interpreted such dotted of the eyes as the symbolic meaning of drawing out of salient points in an artifact.

There have been lots of “interpretations” of those metaphors, analogies in Chinese stories, and sometimes, due to the translation from ancient Chinese colloquialisms to English, the meaning might have been shifted, exaggerated, or used with a new context.

There are many versions of these translations, and I don’t think there are universal versions which could provide unique explanation. The  Lin Yutang Wikipedia entry is reliable.

As I learnt these at a young age, so it was based on my memory and interpretation.

Here is my further response

Thanks Clay for your response. I was educated in Hong Kong and learned these in La Salle Primary School. I could elaborate these in my blog at a later stage, if you wish to know more about Chinese philosophy and how it is applied in our life.
I liked writings very much and you could find some of my writings here https://suifaijohnmak.wordpress.com and Ning Community Network http://connectivismeducationlearning.ning.com plus my postings on Facebook.
I like to write about different topics in my blog, and some of my posts relate to Chinese philosophy in education and learning. If you are interested in Chinese philosophies, then may I suggest you check these topics out? I Ching, Tao Te Ching, and the Sun Tze 36 military strategies. There are plenty of artifacts on these on wikipedia, Google, Google scholar links, etc. I could also refer you to the official website from Chinese education authorities if that is of interests to you. Let me know if you would like to have them.
You could forward me with an email or via your blog post or mine for further connections. You could check out my other details on Facebook and Twitter too
There are huge potentials in the use of Chinese metaphors – Yin/Yang that is part of Tao Te Ching in understanding nature (see the metaphors on my blogs – with tags of metaphors), in writings, or in education and learning.
Please note that I am a Catholic and so my belief stems strongly with a Christian belief. However, you may find many Chinese teachings and philosophies align with the teachings of Christ – in passion, in love, in personal integrity (trustworthiness, honesty), and altruism etc.
Finally, I have read a few of your posts before and found them very interesting and inspiring.
John

I would like to reflect on Jenny’s post on Elluminate vs Networked Learning Conference experience.  CCK08 has provided me with some insights into how learning could be different at a digital age, and highlighted why some of the rule based formal structured teaching and learning did not work out well in an open complex learning environment.
May be we are left with a few options on a spectrum of openness:
(1) fully closed — semi-closed– (2) semi-open — open — (3) fully opened:
1. Close our doors of education and learning (our classroom), maintain strict discipline in class, with a rigid course curriculum which suits the educational requirements (may be the national educational standards)
2. Open our doors of education and learning with open education, online learning (VLE), a semi-open or a fully opened learning class, supplemented and complemented with Web2.0 tools (PLE) with an open flexible course curriculum which suits the learners’ needs
3. Open up education and learning, with a blended learning (based fully on learners’ needs), online learning (VLE), a fully opened learning network, supplemented and complemented with Web2.0 tools (PLE) and social networks,  negotiated with the learners and community on an ongoing basis.
I would go into the detail analysis – merits and limitations of each of the above approaches in coming posts. 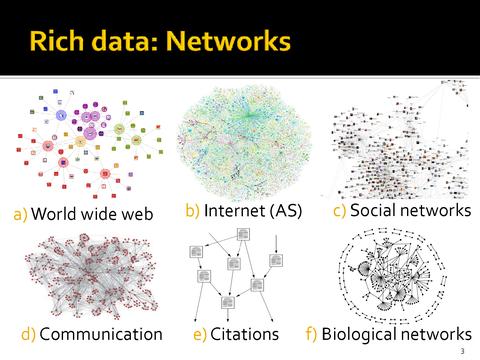 Such reflections prompted me to consider connectivism in a totally different light:
1. Connectivism as a model of connections, networks, and learning and education
2. Connectivism as a way to conceptualize relationships, engagement, cooperation, collaboration and communication – connections with people (networks, COPs, groups, community), with artifacts, with concepts, and with institutions
3. Connectivism as an extension and positioning of  patterning of education and learning theories under different contexts in community or networks, at different times – behaviourism, cognitivism, constructivism, social constructivism, situational learning, community of practitioners (COP), Actor Networks – it’s birth, growth, development, maturity and decay, and re-birth or reconfiguration, Theory of Affordance and Complexity Theory.
4. Connectivism as a sociological construct – where cultural, social and educational aspects  of a community or institution are reconstituted from sociological perspectives.

From: Previous post on Learning Metaphors
What are your views?
I enjoyed reading Heli’s post on To CCK08 with love, as it provides me with a deep insight of Heli’s experience and perception of MOOC (CCK08) as an experienced teacher educator.  I think Heli was one of those who were already experienced in teaching, like Jenny, Roy, Brad, Wendy, Nellie and Lisa etc. before attending the CCK08, and so when we met in CCK08, we often shared some similar views and questions: What’s in this course for me?  What is connectivism? What could connectivism offer or add value to my teaching or learning.  How would connectivism add value or benefit to our students? How could I contribute to the course or others’ learning?
I resonate with Heli’s initial reactions to the information “abundance” and the often hard to “connect” to anyone in the network feeling.  I have cited in my various posts on my blog and at the end of CCK08 with the virtual exciting flight metaphor.
“We were full-time workers, many of us using a foreign language. The expectations about instant collaboration were not realistic. Much happened but in small goups. The information that 86 % dropped tells, however, only a small part of our learning.” Yes, that explained well why we could only afford certain time in sharing in Moodle and or blogs in CCK08, given that many of us (who were teachers) were teaching during the day, and could only attend sessions after work.  Another challenge was the time zone difference, making it very difficult for participants from different parts of the globe to attend the synchronous session such as Elluminate or UStream session.  I remember that on a few occasions, I had to wake up early in the morning in order to attend the 5:00 am or 7:00 am sessions.
Even small groups were only loosely formed in CCK08, which were based on clusters of blogs (with blog posts cross-referencing and commenting) as part of the blogosphere, or postings on Moodle, leading to an understanding of each other’s views, interests, and needs.  The diverse interests and expertise amongst participants in a “global learning course of CCK08 – MOOC” had led to different small and large cohorts of participants sharing some common interests in connectivism, related learning or education practices, and philosophy.  Such connections formed in CCK08 had now gradually developed from weak ties to different sets or kinds of ties – with some ties which were sustainable, or even strengthened, while others which seemed to have weakened or faded away.
These connection and ties development formed in CCK08 could be revealed through the observation in courses CCK09 and CrtiLit2010, where some new connections were made, strengthened or sustained, while others might have moved along different trajectories – along the periphery as legitimate peripheral participant (lurker), or to the centre as active actor and then out to the periphery at different times and spaces or media throughout the course.
Please refer to my previous post for our paper and presentation
May be that is what I could offer to you- my nostalgia with CCK08, 09.
What were your experience and feelings with CCK08 and CCK09?