This is my post in response to a Twitter Chat initiative.  The topic relates to Emergent Learning.

To what extent would we allow such a learning system of “emergent learning” to ‘be’ and ‘to grow’ and to ’emerge’ in Higher Education Institution environment?  May be this is happening to some extent in MOOCs (xMOOCs, and cMOOCs).

What are the critical tenets of emergent learning?

Such tenets have been revealed through our researches in MOOCs in varying degrees.  These could best be further tested and validated using new and emerging tools and platforms – like the cMOOCs and social media tools.

Would the “bottom-up approach” based on self-organising learners be fundamental in emergent learning?  I reckon that is where emergent learning could “shine” and grow.  As shown in picture below, emergent learning would flourish most in a learner driven environment, in C & D, and in A & B if learners are fully supported and empowered in their learning journeys.

“Emerging learning is likely to occur when many self-organising agents interact frequently and openly, with considerable degrees of freedom, but within specific constraints; no individual can see the whole picture; and agents and system co-evolve.” (Williams et al, 2012)

The key to designing for emergent learning is to define negative constraints, not positive outcomes.

I see MOOCs as the perfect platform to illustrate the importance of “the instructors or facilitators must dampen negative emergence and amplify positive emergence” under an emergent learning environment (Williams et al, 2011).

If we were to analyse the interactions among Twitterers, what sort of negative constraints would need to be defined?  Up till now, I don’t think there are any rules set up on Twitter sharing and conversation yet.  The trolling and plagiarism behavior might be some of the negative constraints that one would like to define, as they would likely destroy the cooperative and collaborative spirit of the networkers or practitioners of the COPs.

Trolling and cheating behavior in MOOCs are surely annoying.

Trolling in Twitter happened when those followers on Twitter make intimidating remarks or simply flaming the conversations on a strong and destructive emotional level.

Is plagiarism a concern on Twitter?  I don’t see much need to copy others’ tweets, but have to be cautious in making judgments.  Would RT be considered a plagiarised Tweet, especially without attribution to the originator?  How about the intellectual rights when RTweeting, without acknowledging the sources of Tweets?  It could be interesting to research if plagiarism on Twitter is a common phenomena.

We found Massive Open Online Comments MOOCs with both positive praises and negative criticisms on xMOOCs and cMOOCs with hundreds of blog posts.

What you need to know about MOOC provides some posts that explored different views about xMOOCs.   Some people have hailed xMOOC as the way to transform education, but others have viewed them as a disruptive technology to higher education.

Is MOOC (xMOOC) a revolution to higher education?  What and who has been revolted?  What has been overturned? Is flipping the classroom better than the traditional lectures delivered by the best professors in the world?  Who have proven all these?  Where are the evidences to support the revolution?  Are higher education institutions revolting against themselves?

Are these moot points?

MOOC may be the Napster as Clay Shirky shares here.  Napster dies hard!  “Napster and its founder held the promise of everything the new medium of the Internet encompassed: youth, radical change and the free exchange of information. But youthful exuberance would soon give way to reality as the music industry placed a bull’s-eye squarely on Napster.”

MOOCs are however well alive. Online education disruption based on MOOC has been added to the dictionary and history of distance education.  It has been inscribed in the milestones, the Hall of the Fame, together with the megastars, where the super rock professors have made wave in providing free, high quality online education to the world.

If what was revealed in the survey research (Students-prefer-good-lectures-over-the-latest-technology-in-class)  is reflective of how students learn “best” in class, what are the implications of students learning with latest technology in class or online?

Would it mean that face-to-face interaction is far superior to online interaction?  Should we continue with the traditional classroom delivery with the rockstar professor standing in front of the lecture theatre? 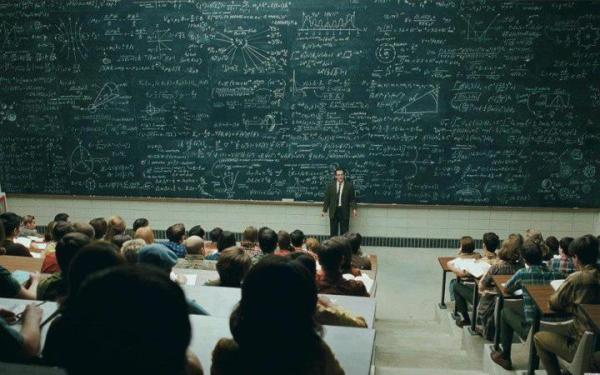 Are these findings compatible with those other research revealed in active learning in class?  Allison Miller in her post says:

The New Media Consortium’s global digital educational meta-trends highlight some of the disruptive changes already happening in education[2], such as:

I would hope that these are viewed as transformative rather than disruptive changes in the history of online education.  Can we do better with MOOCs?  Have people really understood what a great  MOOC look like?

Postscript: A post on MOOC that asks:  Are MOOCs hyped?  Really interesting experience from a Professor as a learner in MOOC.