“The strong linkage between Facebook use and high school connections suggests how SNSs help maintain relations as people move from one ofﬂine community to another. It may facilitate the same when students graduate from college, with alumni keeping their school email address and using Facebook to stay in touch with the college community. Such connections could have strong payoffs in terms of jobs, internships, and other opportunities. Colleges may want to explore ways to encourage this sort of usage.”

In this post relating to the  impact of posting of photos on Facebook, Dr Catherine Bond says:

“Thus, on the one hand, social networks are a valuable source of information for students, but on the other, they have become areas where students may not use these sites for their primary purpose – ‘networking’ and connecting with friends – for fear that their activities may be accessed by potential employers or ultimately affect admission to legal practice.”

There are still lots of debates about Facebook and its use, and not every educators and students are comfortable in sharing there:

For me, I would prefer sharing within my “social circles and networks” as I don’t think I would like to be sold with advertisement and posts which are hard selling to me.  Besides, what are the implications of personal photos being “exploited” for commercial purposes, on social networks and media? 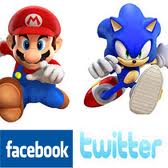 Should we be friends with our students on Facebook?  What would you choose? Why?

Following are some of the posts.

“Participants answered questions about the way they used Facebook and Twitter and which site they preferred. They also answered questions about their personality based around the “Big Five” personality factors of Extraversion, Neuroticism, Conscientiousness, Openness and Agreeableness, as well as the dimensions of sociability and “need for cognition” (this last factor is about people’s need to be mentally engaged and stimulated).

These findings correlate well with previous researches on Facebook where I posted here:

With these themes in mind, the paper concludes that rather than necessarily enhancing or eroding students’ ‘front-stage’ engagement with their formal studies, Facebook use must be seen as being situated within the ‘identity politics’ of being a student. In particular,Facebook appears to provide a ready space where the ‘role conflict’ that students often experience in their relationships with university work, teaching staff, academic conventions and expectations can be worked through in a relatively closed ‘backstage’ area.

In accordance to research by Grosseck, G. and Holotescu, C. (2008), Twitter proved to be an effective tool for professional development and for collaboration with students, that can change the rules of the courses and models good pedagogy responsive to student’s learning needs.

Facebook is used as a social media tool rather than a formal teaching tool as reported here (FB as formal instructional environment).  In this How Higher Education Uses Social Media:

When it comes to higher ed, there are not only opportunities for digital learning, but digital marketing too. Some schools have taken the reigns on both sides, with mixed results.

Also, in this Social Media in Higher Education,

OnlineUniversities.com has done some research about the pros and cons of social media in higher education, and they summarized their results in the infographic below. It examines which platforms work the best and the challenges schools face as they try to learn how to manage their social media presence. Some key takeaways:

The use of FB and Twitter in MOOC has been reported here:
Kop, R., Fournier, H., Mak, S.F. J. (2011). A Pedagogy of Abundance or a Pedagogy to Support Human Beings? Participant Support on Massive Open Online Courses.
Facebook in MOOC:

However, only a limited number of participants joined the FB groups (8.2% of 1641 PLENK2010 participants and less than 18% of 700+ CCK11 participants), and only a small proportion of FB group members were active at any one time during the course. Subtle concerns and issues arose. Some participants did not join the PLENK or CCK11 FB group for privacy and personal security reasons. Others who joined the FB groups remained as peripheral participants for the duration of the course. Participants also highlighted the need for a sense of trust and feeling comfortable and confident to be able to participate, as well as a sense of presence and community. Some learners preferred the Moodle forum over FB as they expressed that they were able to learn more about the background, ideas, and beliefs of other participants than in FB. The CCK11 MOOC did not have a Moodle environment, and an excerpt from a blog post of a participant of CCK11 highlights some relevant issues:

The relative “character” anonymity of participants in the CCK11 as compared with the PLENK2010 cohort was an obstacle. The PLENK (Moodle) forum provided an easily navigated discussion interface. From the contributions on a wide variety of topics, I learnt a lot about the passions, the character, the beliefs of the participants. We were fellow learners, not just network nodes, and I would imagine a certain degree of trust was established between many of the participants. Facebook, the seeming preferred CCK11 gathering place, does not provide the same level of personal connection for me, so I am not currently feeling particularly nodish.

PLENK2010 and CCK11 participants made use of Twitter, a Web 2.0 micro-blogging tool that enhanced social presence by providing a mechanism for just-in-time social interactions. It provided authentic opportunities to connect and be perceived as “real” in ways that traditional LMS-contained tools could not. There were participants who valued Twitter and found it the best tool for learning, connecting, and interacting with PLENKers. A further survey in CCK11 revealed that participants ranked Twitter as the most important tool for interaction and communication in the MOOC. The feedback from some participants, however, suggests that Twitter was still too new and foreign to them in PLENK2010, and a significant number of participants were hesitant to use it in public:

Twitter still seems too much another big distraction construction site for me yet . . . I merely use it to either retweet great tweets I stumbled upon, or to tweet valuable links via shareaholic, so “from outside,” but I often follow #streams for events or topics, sometimes multiple, via tweet tabs though.

Observations of the use of Twitter, however, showed that it supported coherence and connections between different tools during PLENK2010 and CCK11, including back channels to synchronous sessions, updates of news and events, and links to recordings.

I have just posted on FB

Is Facebook “good enough” for sharing and learning in this Change 11 MOOC?https://suifaijohnmak.wordpress.com/2009/07/17/facebook-and-its-impact-on-social-networking-and-education/ If yes, why so “few” postings and sharing. If no, why? What and where else? I haven’t posted any here, as I don’t know much about others, and some security reasons. Also, is it an issue of dominance – when postings based on broadcasting, and not conversation?

Bonnie and Suz commented, and shared their views about FB and Google Plus.

For a teen audience, yes. For educators within MOOC (like Change11), I am not that sure still, if the comfort/power relations plays a part in FB. Our past MOOCs on FB did show a similar pattern, where 1-9-90 or even 10-20-70, where not much distributed learning (in form of conversation) took place. That was my observation, and my speculation was that FB still wasn’t appealing enough for “most” to come together in a group forum. Rather, each of “us” would post on our own FB page, on what interests us. As Bonnie has mentioned, there are “conveniences” with FB, especially with the update. I also found that many of our “facilitators” didn’t really think FB is that appropriate for the sharing, (George didn’t seem to be impressed with FB) as he mentioned in his post-as FBookers have become their “advertising targets” and not really their “customers”. I don’t know the perceptions of others enough, but in a course like MOOC, it is not good enough to know about each others’ preference, but to think about how we (and others) could use the learning space as an affordance, for conversation, dialogue, discourse, and debates, as typical in a forum or conference. Besides, I am not sure if posting “too much” on FB would be viewed as “good practice” or not, as the 1-9-90 did review a broadcast/dominance when it comes to power in the networks. This reminded me of Stephen’s suggestion of having a more egalitarian network, where everyone has an “equal chance” of sharing, and feel free to voice their opinions – the diversity and openness as espoused in networked learning, and a property of networks. Is such affordance available through G+ & Twitter, rather than FB? What are your experiences?

Here in an article relating to FB, Selwyn reports:

“We would contend that the students in our study were simply using Facebook in a number of considered, pragmatic and justifiable ways.”

The rising use of Facebook certainly raises “important questions about how universities will articulate their teaching relationships with internal student cohorts” in the near future (Kitto and Higgins 2003, p.25). Yet we would conclude that whilst social networking sites such as Facebook do not merit any particular laudation from educators, neither do they present any cause for moral panic.

Rather than attempting to appropriate Facebook for educationally ‘appropriate’

or ‘valid’ uses, or else regulate students’ use through coercion or surveillance, university authorities and educators are perhaps best advised to allow these practices to continue unabated and firmly ‘backstage’.

If “we” as educators are to model and demonstrate the use of social media (FB) and are not using it ourselves in the discourse in MOOC, would we expect our colleagues or learners to use it too in their online education and learning?

May be we have to consider the context of online learning (like MOOC).  Would Google + and or Twitter better serve the purpose?  Or would other Blogs be a better way to share and learn in MOOC? 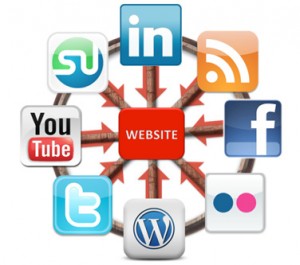