I won’t be writing for a while. Here is my past post on MOOCs, for sharing and your comments.

Here are some take-away from James B. Glattfelder’s talk on Who Controls the World.

1. Complexity is the result of simple interactions. The system as a whole is starting to behave in ways which cannot be understood or predicted by looking at the component of the system.  Examples of emergence include termite and mold.  The concept of emergence relates to the property that the whole is more than the sum of its parts.

2. Every complex system is understood as a network of interactions.

James quoted the example of The Network of Global Network Control.

3. Who are the key players?  Who controls the world?

4. Are ideas and concepts more important than empirical data?

How would such learning be applied to education?

The present trend of the rapid expansions of MOOCs (see also this Class Central list) and open online education courses (such as Open Universities) do exhibit most of the properties of Complex System and Complex Adaptive System, especially when education is now open to public, and to the world.  I have shared the ideas and concepts on Knowledge Ecology and how the different agents have interacted and co-evolved under a changing education system.

The current MOOCs are demonstrating various behaviors which cannot be understood or predicted by looking at the component of the system.  At the start of the MOOCs movement, all elite institutions refused to accept MOOCs for credits to their degree programs, and thus deny the recognition of any completion of MOOCs as equivalent to the academic studies in their institutions.  Now Georgia Tech is partnering with Udacity to offer online Master Degree Program.  Would this change the dynamic of degree offering for Higher Education Institutions?

I have shared in my post: “Mission and money are now blended together when considering MOOCs under an institutional framework.  This seems to be a time where a critical mass of institutions and learners have justified the promotion and adoption of MOOCs in a global arena of Higher Education.”

It seems the three major players in xMOOCs – Coursera, Udacity and edX are now constituting approximately 90+% of the MOOCs provision and the associated investments (approximation based on the Ivy League table, though this needs to be updated).  There are however new MOOCs players such as Future Learn in UK, Open to Study in Australia, First MOOC for Denmark, coming on board in 2013-2014 and this would soon change the network dynamics of MOOCs.

Would the ideology of MOOCs be democratizing education?

Would the ideology of MOOCs be monetization, commoditization and privatization of Higher Education?

How would those ideologies impact on global Higher Education?

What could we learn from Complexity Science, when applied in Education?

I will be creating a few posts on Complexity Education soon.

Here are some relevant sources of information. 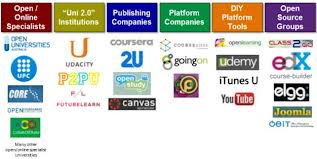 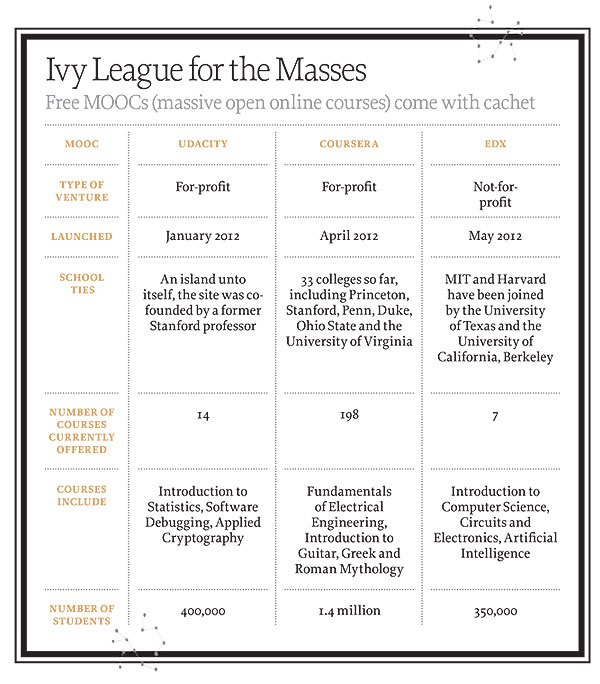 Do you think online education would replace part or most of the face-to-face education?

If you don’t think this would happen, see this and this computers can and have successfully replaced teachers:

Cash-strapped school districts, from Florida to Washington, have discovered that minimally supervised students hunched over laptops can outperform their lectured counterparts for a fraction of the cost.

As long as schools measure performance simply by rote memorization on multiple-choice tests, no teacher can compete with instant access to the world’s information. Unless schools change, more and more teachers will find themselves replaced by computers.

Tony Bates remarks in his post and I responded here.

Educating the world, with more automation seems to be the trend that wouldn’t be turned back.  Productivity is the key to mass education, and the wheel would move on.  So, we might be better off in checking the pulse of such changes, and adapt to them, in response.  Education is a great business for every one to get into, in order to lead us to a great future.

Refer to my part 2 on 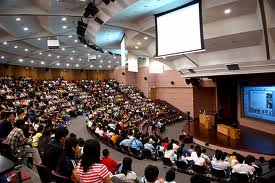