Thanks to Stephen for the link to this Invisible Learning

A education system lets all who want to learn learn.

According to Mencius, education must awaken the innate abilities of the human mind. He denounced memorization and advocated active interrogation of the text, saying, “One who believes all of a book would be better off without books” (尽信书，则不如无书, from 孟子.尽心下). One should check for internal consistency by comparing sections and debate the probability of factual accounts by comparing them with experience.

Mencius emphasized the significance of the common citizens in the state. While Confucianism generally regards rulers highly, he argued that it is acceptable for the subjects to overthrow or even kill a ruler who ignores the people’s needs and rules harshly. This is because a ruler who does not rule justly is no longer a true ruler.

If we are to think of education as a means to produce good citizenship, then we must also think about how education should benefit and value its citizens, not just for the sake of the interests of rulers, or ruling parties concerned, but all those learners, workers, citizens etc.

So, how would this be translated in modern education and social media?

It seems that some of these principles developed in the past could be translated in modern term and still be applicable in social media.  A great digital scholar would treat others as one would like others to treat oneself, in social media.  That is empathy, social intelligence and love.

This week’s topic with Change 11 MOOC is on digital scholarship, facilitated by Professor Martin Weller.  The recorded session is available here and slideshow as shown below.

Nando summarized with notes of the session here.

In Martin’s Digital Scholarship session: “Blogging is sort of counter-intuitive and opposite to the training of scientists: It is supposed to be spontaneous, present incomplete ideas, parts of ideas, opinions. Scientists are trained to do the opposite (and publish in a peer reviewed journal).”

Blogging and publication in journals

This may be one of the differences between posting of critically peer-reviewed articles and the posting of articles on one’s blog, where the ideas may still be half-baked as shared by Jenny on her post and I have shared them here.

Lisa was concerned about the dangers of segregating the digital sphere, and she remarked that: “The distinction thus gets in the way of professional development, when good faculty feel they are entering a new and scary world instead of just extending something they already do skillfully — teach.”

May be that is one of the main reasons why so many professional teachers are still thinking about what it means to be teaching online, due to the many risks involved, especially the ones relating to digital identity – personal and professional identity online.

I have reflected on openness and personal identity here.

Should we encourage and support our learners and/or fellow educators to use their real names instead of pseudonyms?  What are the implications and consequences of exposing “ourselves” with real identity in public or open online or virtual networks?

Dangers when learning with Social Media and Internet – as a scholar

Dunbar’s video highlights the dangers with learning with social media and over the internet, where the identity could be obscured.

Here Clay Shirky commented about privacy in social media, and the precautionary measure one should take.

What does it mean to expose one’s personal identity in digital scholarship?

In relation to digital scholarship, how would digital identity of scholars be shared? How would one strike a balance between private/personal and professional identity?

Are academics rewarded for engagement in public discourse?

“Both of those issues are key to understanding the problem of whether engaging the public or the community should be taken into consideration in tenure and promotion decisions. So one issue I am left with is the option of either tolerating participation in public discourse (by not punishing it under any circumstances) or rewarding it (by having it count toward tenure, promotion, numbers of classes assigned, choice of classes to teach, etc.).”

This is where open scholarship may be a concern for scholars and researchers, whereas this is still not yet clear about engagement in those open scholarship activities are that worthwhile or not as shared by Chris: “It just means that I will adopt a balanced, pragmatic approach that should maximize my chances of success in these exciting times of changing scholarship.”

What could institutions do to support digital scholarship?

How could institutions support Digital, open, networked scholarhsip? Institution such as Princeton University is now encouraging Go open access when it comes to publication of scholarship work.   There are many other strategies that could support digital scholarship, including an increase in funding and support of research into digital and networked learning and scholarship.

In conclusion, I think there are still many issues relating to digital scholarship, including the open access and publication, segregation,  digital identity.  There are currently institutions developing open access policy and opening up Open Educational Resources (OER) for scholars and educators to share. 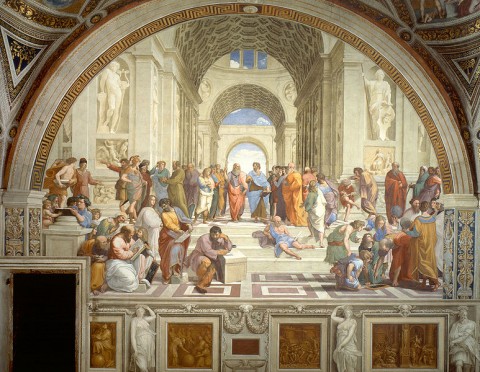 Will continue to explore about the concerns and implications of Digital Scholarship in another post.

Networks versus Groups: which is better? 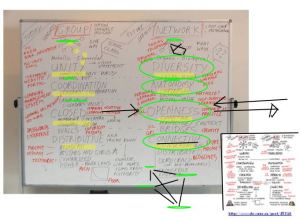 I do see Stephen’s point, and would fully applaud on what Stephen has elaborated and yes, networks could be “far better” in networked learning, under those open, diverse, autonomous and interactive network ecology.  As shared and well illustrated with examples, there has been many successful networks emerged from education, business and even government institutions based on the networking principles.
The challenge that most educators are facing is: most businesses settings are structured around groups and teams, and an emphasis of team working in recruitment, training and development, and a focus on shared, common goals in each team that one is associated with.  As an educator who is also working within a team, though one could also be interacting with networks, one is expected to support and achieve goals and vision set out in a “business setting” and to meet the customers’ needs and expectations in teams.  An educator is also expected to role modelling in the team working with other colleagues, students, so that students (and learners) would continue to collaborate and cooperate with their employer at work. How would an educator set out a balance between the needs and expectations of employers, fellow colleagues and learners – in the use of networks and groups, and still achieve the goals and visions set forth?
I think there is a triumph of network over groups, only that in the real world, we would still be under the constraints and “power” to get back to groups, and that groups is triumph over network, in case of institutions and organisations. Is it the ideal versus reality?  I don’t know.
Stephen, I think that is what we have also found in our previous researches, that some people really wish to push the boundaries towards networks, as there has been such a long lasting decade (or even century) of group learning. The giant (networks and network learning) has awaken, but that groups still rule.
Thanks Stephen for your insights.
John
Good arguments for networked learning cannot be based on the argumentation that all other learning propositions are wrong or bad. It’s non-exclusive.
I have posted my views on Networked Learning based on networks here and how that could be differed from Group Learning, with ideas of Stephen included.
There are many instances of successful networked learning (in institutions, business, and informal social and personal learning), and also instances of successful group learning, especially within institutions, business and formal networks and communities.  There are however some critical value points which may distinguish the two, as Stephen has elaborated, and that are worthy of deeper investigation and evaluation.
It may depend on a number of factors:
1. Value derived for individuals versus networks/community members versus organisation
2. Democracy (democratic rights, freedom of speech) and opportunities of participation & contribution exercised by individuals – which may be a result from openness, diversity and autonomy.  In open networks – these values are encouraged and supported, when openness and diversity is celebrated. In groups – these values could be “constrained” or “dampened” if the voices are not unified, or in dissonance to the vision or mission of the community or institutions.
3. Accountability and responsibility – Networkers would not necessarily be responsible for the outcomes of the networks, as there are no central vision or goals, but community members (in a COP) or institution are likely responsible for what they are held accountable for
4. Sustainability – Networks could be more sustainable in general, as it is flexible and without boundary, whereas groups would only exist if there are goals to achieve
5. Power – This is the critical factor, as this would be the “power” to drive the particular type of network – “network”, “group – a special network with unity of purpose”, or a “collective”.  This factor would also impact on 1-4.
Would these factors be interacting with each other in the case of networks and groups?
I think we could both theorize and validate the above factors in a network-group model, like what Stephen has done, and see how these work out in a network, such as this Change 11 MOOC.
John